Last year, when tech-company database Crunchbase (once a part of TechCrunch but since spun out) announced a funding round of $18 million, it previewed plans for a new marketplace where it would sell access to third-party data to supplement its own information. Now nearly one year later, it’s taking the wraps off that project.

Today the company announced a new service called Crunchbase Marketplace, an app store-like experience where users can sign up for extra data sets from other companies, with the subscriptions either be free to use or charged per-feed, which right now is $49 per user per month (currently, the split between free and paid options is about 50-50, we understand). Alongside this, Crunchbase is also adding new features to its core product, including more personalisation and faster processing on requests and page loads.

Once you subscribe to a data feed through the Crunchbase Marketplace, this will subsequently also appear in the Crunchbase platform as a new “card” on the page.

The marketplace is launching with 13 partners (four live today), with the aim of having around 100 within the year, said Jager McConnell, Crunchbase’s CEO, in an interview.

In doing this, Crunchbase is taking on the likes of company data and business information heavyweights like LexisNexis, Hoover’s and many other sales intelligence tools like LinkedIn and more, with a product that it feels is more fit for the fragmented way in which data — a premium currency at the moment — is collected and held today.

“We see this as the next step in building the master database for companies online,” he said. “We don’t feel like a single company can go out and get all the information that there is to get, which is why we have decided to partner.”

Crunchbase’s sweetener for companies to consider partnering with it is its traffic. In the last year, close to 40 million unique visitors came to Crunchbase to source data, McConnell said. He added that many of these are unregistered users — so this is why the company has so far not confirmed any stats about how many Pro (premium) or free registered users it has.

As McConnell describes it, this is just the first step of how Crunchbase Marketplace will develop, and it’s still working on monetization, too.

For example, today, in the case of paid marketplace “apps”, users need to purchase each of these a la carte, and there is no provision for those who might already be paying for a premium tier with the service directly.

McConnell said that something along the lines of a “voucher” program is already being discussed with partners, where existing paying users can get access to premium data through Crunchbase without paying a second time.

Also the $49/user/month fee is something that might change. “We are watching adoption and figuring out if we have the right price,” he said. “It’s often different from what vendors are charging on their own sites.”

Similarly, there is as yet no provision for all-in subscriptions. One idea, McConnell says, is to build packages of apps that might match together and be most relevant, say, for a marketing or sales person (which he refers to as Crunchbase’s “bullseye” users), versus someone who might be in VC — two examples of groups that might tap Crunchbase and its marketplace for very different ends.

Another idea that Crunchbase is looking at, he said, taking a page from the world of apps, is to develop “freemium” data feeds, where a small part of the data is free and users pay within the feed to access more. In-app purchases within free apps has become one of the most lucrative monetising models for apps, so if the marketplace does develop along app store lines, this would be something to add soon, it seems.

The idea of bringing in a lot of third-party data — and all the dependability and precariousness that this entails — begs the question of what Crunchbase feels like it should always own for itself.

“Logo, name, address, funding, founding and investor data: we’ll always own that node,” McConnell told me. “This is the reason why most come to us today and we don’t want to jeopardise this.”

However, it also helps the company lay out a pretty compelling idea of where it can play longer term in the wider business intelligence and information space.

“We’re super excited about these partnerships because they are bringing up a ton of new data that we’ve never seen before,” McConnell added. “We think this is the first time that someone has taken all this data and put it all into one place. Looking further out we think that all enterprise software will be built on large data sets, and we think that we can be the trusted source for all that company information on the internet.”

He also confirmed that the company is currently not raising more funding. 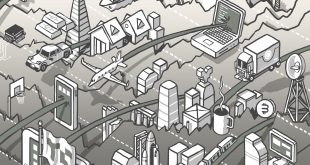 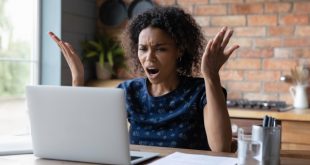