The growth in app usage has been fueled by social distancing and lockdown measures, as countries around the world try to quell the spread of the novel coronavirus. 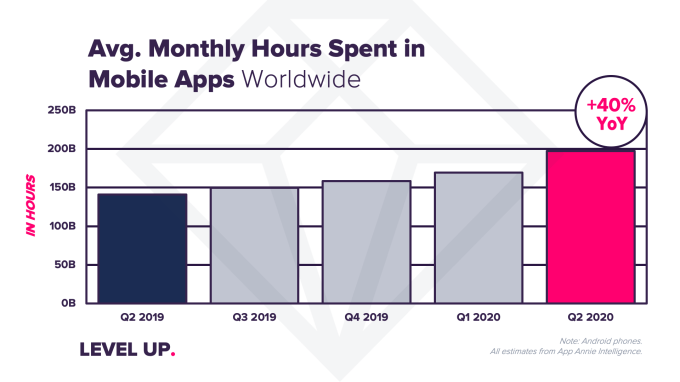 App Annie says that now, the average user is spending 4 hours and 20 minutes per day on their smartphones. 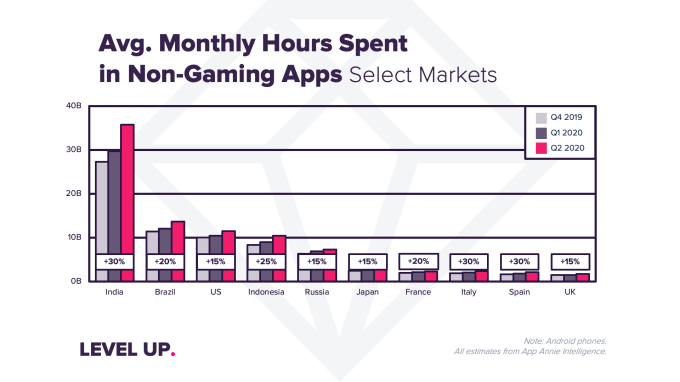 But consumers aren’t just launching apps they already have installed on their phones — they’re also downloading new ones. In the second quarter, consumers downloaded a nearly 35 billion new apps, an all-time high.

Google Play accounted for 25 billion of those downloads, representing 10% year-over-year growth. India and Brazil were the the two largest markets for Google Play in the quarter. 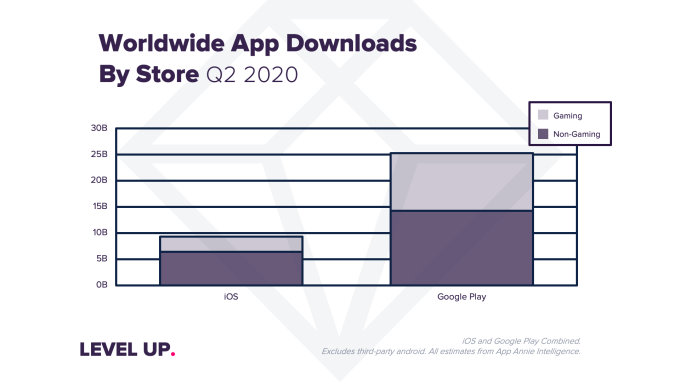 iOS downloads grew 20% year-over-year to reach nearly 10 billion. The U.S. and China were iOS’s biggest markets for downloads, but the U.S. and Saudi Arabia saw the most quarter-over-quarter growth. The latter was likely attributed to a nationwide lockdown and school closures, driving app downloads in the country to a all-time high in April and 100% year-over-year growth on iOS.

Games were downloaded at record levels in the quarter, App Annie noted, totalling 14 billion games. In the first week of Q2, weekly mobile game downloads broke records at over 1.2 billion, and weekly download levels remained at 1 billion on average throughout the quarter, up 20% year over year. 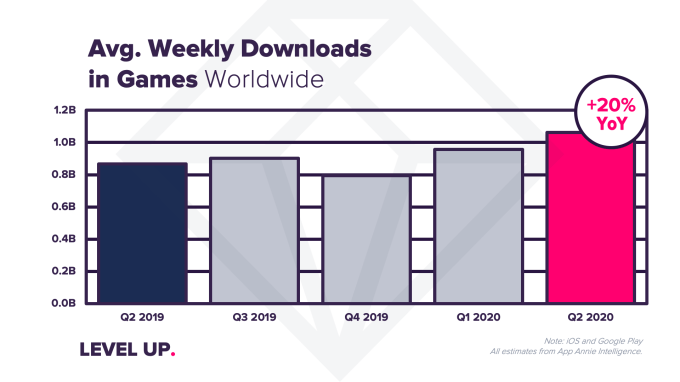 Non-gaming apps represented over half (55%) of the new downloads on Android and 70% of those on iOS.

More specifically, top categories outside of games included “Tools” and “Entertainment” on Google Play and “Photo and Video” and “Entertainment” on iOS. But other categories saw strong growth, including “Business,” “Health & Fitness” and “Education” which saw quarter-over-quarter growth in downloads of 115%, 75% and 50% respectively on Google Play. 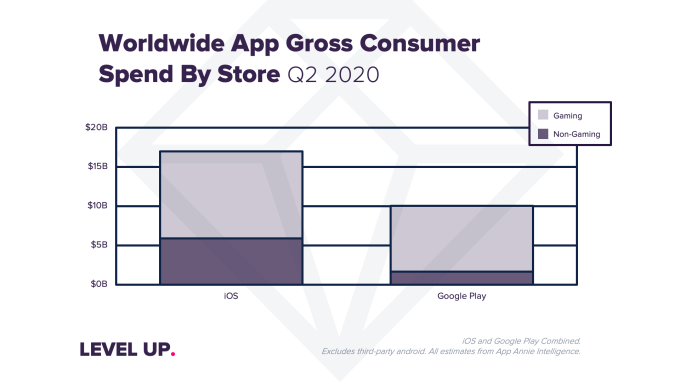 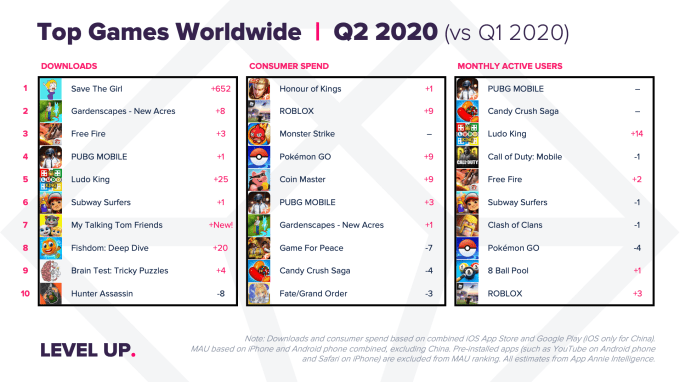 Non-gaming apps were 35% of the spend on iOS. The U.S. and China the largest contributors in both games and non-game apps on iOS in the quarter. However, the U.S. notably took back the top position as the largest market for consumer games — a spot previously held by China — with 30% quarter-over-quarter growth in Q2.

Non-games were 15% of the spend on Google Play. The U.S., Japan, and South Korea were the largest markets in both non-games and games alike on Google Play.

On iOS, “Entertainment” and “Photo and Video” were the largest categories by consumer spend, in addition to “Games.” Here, TikTok drove growth for the “Photo and Video” category, becoming the No. 1 top grossing app on iOS App Store globally in Q2 2020 thanks to sales of virtual gifts used to tip streamers. 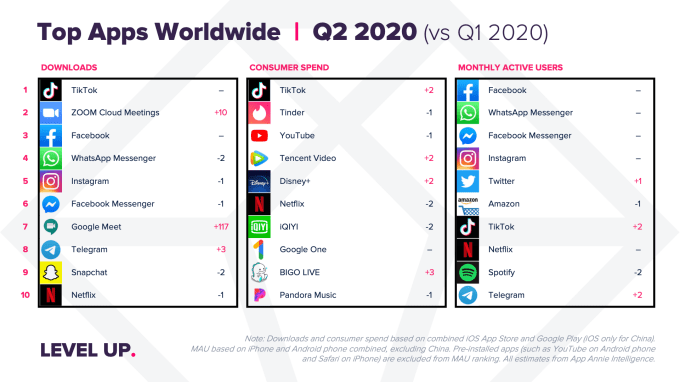 While much of the activity taking place on mobile devices during the pandemic is related to having fun — like watching videos or playing games, for example — several of the top apps in the quarter were work-related.

TikTok, meanwhile, was the top app by downloads and spending, and the No. 7 by monthly active users. That will likely change in the months ahead, due to its ban in India. A proposed U.S. ban has also recently seen TikTok rivals gaining ground. Amid this disruption, local competitors in India have seen increased usage, and elsewhere, competitors like Byte and Likee have surged.

Previous K4Connect, a startup bringing tech to senior living centers, closes its $21M Series B
Next The best WiFi 6 home networking tech to upgrade your setup 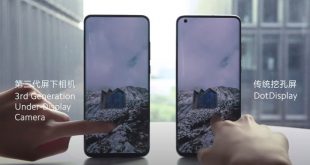