The New Zealand Commerce Commission (Comcom) has chosen not to introduce new regulation on the nation’s backhaul market, saying on Tuesday the market is “generally competitive”.

Comcom said in its report [PDF] that although some regional links have costs that are multiples of the cost on other links, it did not find evidence of “direct impact on end-users”.

The usage of national pricing, as well as a survey over a year tracking DSL plan pricing at 100 exchanges showed users in costlier areas were heavily affected.

Chorus has said it would review its backhaul portfolio following several “anomalies and errors” that Comcom pointed out.

“We will consider the need for new regulated backhaul services in a review that we are required to undertake some time before 2025,” Telecommunications Commissioner Dr Stephen Gale said.

“The timing of the review will depend on the coverage of the new Part 6 regulations and on the extent to which Chorus uses its review to rationalise and explain its backhaul service options and pricing.”

Further, Comcom said it had no evidence of Chorus using “strategic behaviour” to lower backhaul prices in areas where competitors are thinking about deploying.

“For ‘potential low pricing’ to be an effective entry deterrent, Chorus would have to have a reputation of dropping prices after entry,” the report said.

On Monday, Comcom also handed down a formal warning to MyRepublic for not handing over accurate financial information and an auditor’s report required to meet its Telecommunications Development Levy (TDL) obligations.

The commission said the NZ$50 million levy is used by Wellington to pay for services such as the relay service for the deaf and hearing-impaired, rural broadband, and improvements to 111 emergency calling services, and is charged to “larger” telcos in New Zealand.

“The efficiency and integrity of the TDL allocation depends on liable companies providing complete and accurate information to ensure the levy is split in the correct proportions,” Gale said.

“Where one company doesn’t meet its obligations, it can affect all the others that have.”

Comcom could have imposed a NZ$2,000 penalty or headed to the High Court for a pecuniary penalty of up to NZ$300,000, but due to MyRepublic only contributing 0.1% of the TDL, and its previous compliance, the Commission said it chose to issue a warning instead.

The country wants to better tax the NZ$2.7 billion in revenue from cross-border digital services and is asking its OECD peers to amend international rules.

Venture capital, connecting businesses with government, computers in homes, and national security initiatives will all secure funding in the country’s 2019-20 Budget.

Infratil and Brookfield Asset Management will walk away with 100% of the telco’s New Zealand arm.

New Zealand looks to include all citizens in digital future

It is hoped the Digital Inclusion Blueprint will stop citizens being left behind as more of the world moves online.

Previous Doom, Fallout and the rest of the trailers from Bethesda’s E3 press conference
Next WWDC 2019: 'Sign in with Apple' will be mandatory for all apps using third-party login systems 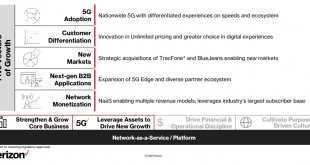 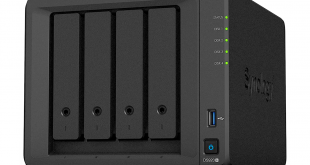