Comcast’s newest entry into the market of streaming TV services aimed at cord cutters could be launched later this year, according to statements made by executives on the company’s earnings call this week. The service, known as “Xfinity Instant TV,” would be available to subscribers without the need for a set-top box, challenging rivals like Dish’s Sling TV, PlayStation Vue, Hulu Live TV, AT&T’s DirecTV Now, and YouTube TV.

News that Comcast was eying a streaming service of this kind was previously reported.

Earlier this year, several details emerged about the planned offering, including pricing and feature set. At that time, Comcast’s top video exec Matt Strauss confirmed the service’s name, “Xfinity Instant TV,” and said it would include local broadcast channels, at least one premium channel, and a cloud DVR.

He also said it would be priced starting at $15 per month for existing Comcast’s internet service subscribers. Like Sling TV, subscribers could also choose to add-on various skinny bundles, like a sports, news, entertainment, or kids “pack” to the core product.

The service is largely a rebranding of Comcast’s existing Stream service, which already available in select U.S. markets.

Comcast execs now are saying the cost for Xfinity Instant TV is still in flux, noting that various price points are still being tested. They again confirmed that Instant TV would only be sold where Comcast’s has an existing cable TV footprint.

The company also came across as fairly skeptical about today’s market for these sorts of over-the-top streaming TV services.

When asked on the call about their impact, NBCUniversal CEO Steve Burke said, those that have launched thus far as “doing about as we expected they would do and that is they are not all that material to our business,” according to a report from The Hollywood Reporter. “It is a very tough business, and we as before we are skeptical it will be a very large business or profitable business, and they are off to a relatively slow start,” he added.

The launch would come at a time when cord cutting is accelerating at a record pace.

AT&T this week lost a record number of traditional TV subscribers, as noted by Variety’s coverage of the company’s earnings. Comcast, meanwhile, lost 45,000 residential video customers in Q2, compared with a loss of 21,000 during the same period last year, it also reported. Meanwhile, its broadband business is going strong, with 140,000 residential high-speed internet subscribers adds in Q2, to bring that total to 23.36 million. 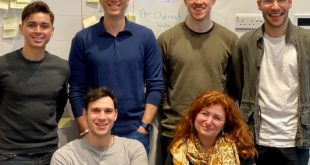 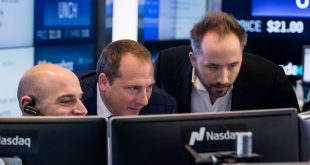 Why Dropbox shares are soaring after it reported earnings

Adobe’s Photoshop celebrates its 30th birthday today. Over that time, the app has pretty much ...