Citroen C4 cactus 2018 review: A bold rebirth that squares up to industry giants

However, despite its successful birth, Citroën has made drastic changes to the C4 Cactus, with only 10 per cent of the exterior panels carried over to the updated model and new technology introduced.

The new look might be the most obvious change, but it’s the new suspension system and a tagline of “Comfort is the new cool” that sum up the direction Citroën is heading in.

The doors, the conservative approach to the facelifted model might come as either a welcome surprise or a disappointment.

The chunky looks have been reduced and the brand’s corporate nose has been brought in. Roof rails are now only an option and, while the Airbumps remain, they are now tucked down at the bottom of the doors, just above the sills. The colour scheme is now much more sober, too, with whites, greys and blues replacing bold, eye-catching shades.

Behind the change is Citroën’s decision to kill off the standard C4 hatchback. Rather than lose those customers, though, the company is attempting to take the Cactus into more sophisticated territory to tempt C4 buyers who are due a change. 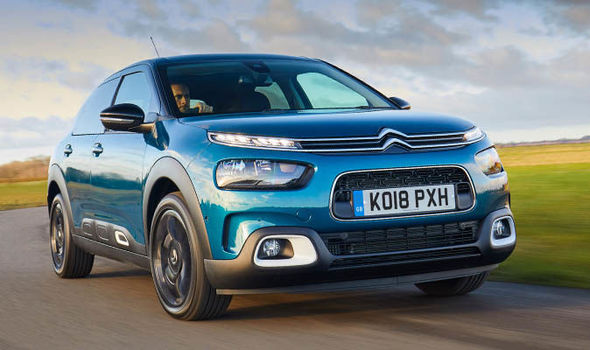 This more upmarket approach comes with a couple of technical additions. One of these is a 1.2-litre 128bhp petrol engine, which will sit alongside a 108bhp 1.2-litre version of the same engine and a 1.6-litre 98bhp turbo-diesel.

There’s also an 81bhp petrol as an entry-level launch edition, but only for a couple of months – it will not meet the latest Euro emissions standards so it’s best avoided.

The 108bhp petrol is the best all-round bet as it is composed and quiet with a 0 to 60mph time of 9.1 seconds, 117mph top speed and 65.7mpg average fuel economy. The extra pace and power of the 128bhp model, while desirable, aren’t strictly necessary in a car that doesn’t demand to be driven quickly.

The composed nature is down to several major changes, most notable of which is the new suspension. Citroën claims it offers “unrivalled comfort” and aims to smooth out big and small bumps alike.

While this sounds like it will be an expensive system to replace, the maker claims it will be much more affordable than an adaptive system on more expensive cars. 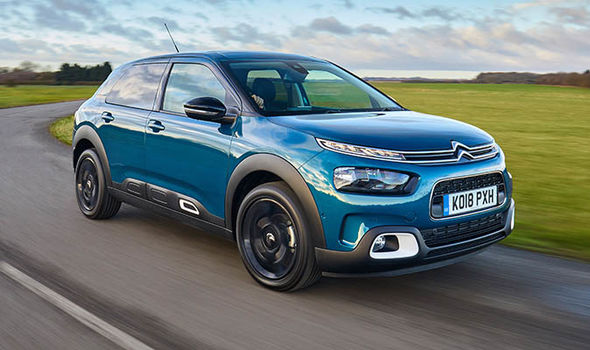 It doesn’t cut out every imperfection, but it does incredibly well at gliding over rough patches and makes speed bumps more pleasing. Softening the ride inevitably has a knock-on effect on cornering, and there is noticeable body roll for a relatively low-set car.

However, it stops short of throwing passengers around, even if it means this is not a car for those seeking driver enjoyment.

The manual gearbox is slightly disappointing as it is jerky and tricky to get it into gear smoothly. The space around the clutch pedal is also a little cramped, and the brake pedal is quite sharp when you initially press it. Driving smoothly is possible, but it will take a little practice.

Other changes are seats and cabin insulation. The former have a greater level of high-quality, high-density foam to make them more supportive.

The latter involves a thicker windscreen and side windows, while floor, door seals and dash have sound-proofing to make the interior remarkably relaxed and peaceful. 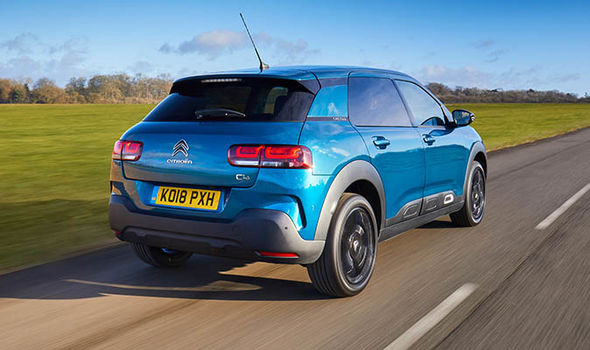 The C4 Cactus is smooth, but it takes practice

This is only a facelift, so Citroën has kept changes within check. As a result, this is still a cabin originally designed to be relatively utilitarian. Hard-wearing materials on the dash, solid plastics low down the cabin and the leather strap door pull all remain.

The standard-fit touch screen is quick to respond and easy to navigate, but it is a frustration that the climate controls are buried in the on-screen menus.

In the rear, space is as before, which is to say adequate at best for full-size adults – those over 6ft will find legroom acceptable, while headroom is impacted by the panoramic glass roof that is part of the top trim.

One other irritation: the rear windows. Rather than winding down, they continue to fold out to open. This keeps weight down, but is still annoying.

By positioning the C4 Cactus as a conventional hatchback, Citroën puts it up against cars such as the Ford Focus, Peugeot 308, Seat Leon and VW Golf. Several changes (suspension and sound proofing) are excellent. However, it has lost much of what gave it its character, meaning it is no longer a real alternative to the mainstream. 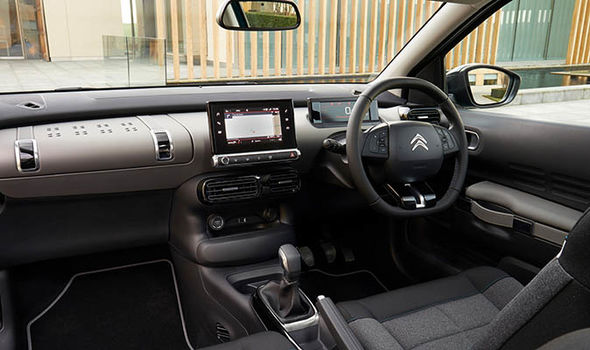 Citroen’s redesign puts the car up against industry