Cisco: All these routers have the same embedded crypto keys, so update firmware

The problems include hardcoded password hashes as well as static X.509 certificates with the corresponding public-private key pairs and one static Secure Shell (SSH) host key.

The static keys are embedded in the routers firmware and are used for providing HTTPS and SSH access to the affected routers. The issue means all devices with the affected firmware use the same keys.

Cisco admits it was an oversight by its developers, but downplayed the seriousness of the error because the certificates and keys were never intended for shipping products.

Cisco, in an informational advisory, explains that the researchers found two static X.509 certificates with the corresponding public-private key pairs and one static SSH host key in the devices’ firmware.

The certificates were used for testing purposes during the development of the firmware and were never used for live functionality in any shipping version of the products, according to Cisco.

“The inclusion of these certificates and keys in shipping software was an oversight by the development team for these routers,” Cisco said.

Meanwhile, Cisco explains that the presence of the static SSH host key was due to the Cisco-owned Tail-f Netconf ConfD package that’s included in the firmware. But Cisco says key-based SSH authentication isn’t supported in any shipping version of this firmware.

The researchers also found a hardcoded password hash for the root user in the firmware.

Cisco says it removed the static certificates and keys and the hardcoded user account in firmware releases 1.5.1.05 and later for the Cisco RV320 and RV325 Dual Gigabit WAN VPN Routers.

In this case, there was an X.509 certificate with a corresponding public/private key pair that was issued to Taiwanese networking equipment maker QNO Technology.

Again, Cisco says it was an oversight by the team that developed these routers and that the keys were never used for live functionality in shipping products, which instead used dynamically created certificates.

This bug did warrant the tracking identifier CVE-2019-15271 and has a severity score of 8.8 out of 10. A bug in the web interface of the routers could allow a remote attacker who has authenticated to execute malicious commands with root privileges.

SEE: Cisco unifies its collaboration tools on one platform

Admins must update the firmware since there is no workaround. However, Cisco advises that admins can disable the remote management feature if it’s not required for business. This disables the web interface.

Details about these bugs and fixes can be found on Cisco’s security advisories page.

More on Cisco and network security

Previous iOS 13.2 and iPadOS 13.2 productivity secrets
Next Google Pay comes to Curve, the banking platform that consolidates all your cards into one

Microsoft: Azure delays not acknowledged for 5 hours because manager was asleep 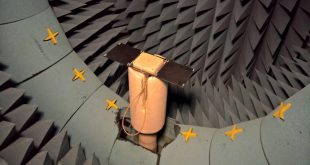 Microsoft’s Skype has seen a spike in usage as the COVID-19 coronavirus pandemic has forced ...