Breaking News
Home / Auto / BMW i8 roadster 2018 REVIEW – This is the future of supercars, here's why

BMW i8 roadster 2018 REVIEW – This is the future of supercars, here's why

Here was a supercar that not only looked the part but instead of a big six or eight-cylinder engine, boasted a mere 1.5-litre petrol, borrowed from the Mini, allied to an electric motor for battery-powered performance.

There’s still nothing else like it on the road and yet BMW is taking a step further ahead of its rivals with an update to the i8 Coupe and the introduction of this new Roadster.

With more power and performance, greater electric-only range and improved average fuel economy and emissions, the i8 is about to get even more desirable.

Aside from the obvious missing roof section, not much has changed from before with this new BMW i8. 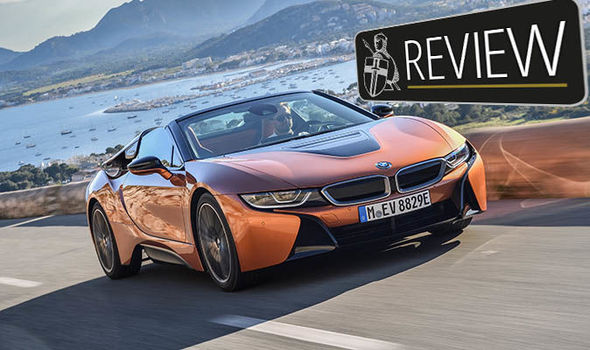 The roof itself folds into a Z-shape and slots in just behind the front seats, meaning the loss of the coupe’s two smaller back seats but aside from that little else has undergone a facelift.

Not that you’ll hear any complaints from us. The i8’s design still looks as good as ever and there’s no question that it can still turn heads. The hollowed-out section over the rear wing is easily one of our favourite details.

There’s a good argument that what’s under the bonnet is as good as ever and car buyers are much more accepting of electric and battery-powered motoring even if the idea of a plug-in hybrid supercar is still a pretty rare one.

Although things haven’t changed dramatically BMW has made some minor improvements with the 1.5-litre turbo engine combined with a more powerful 105kW electric motor to produce 374bhp. 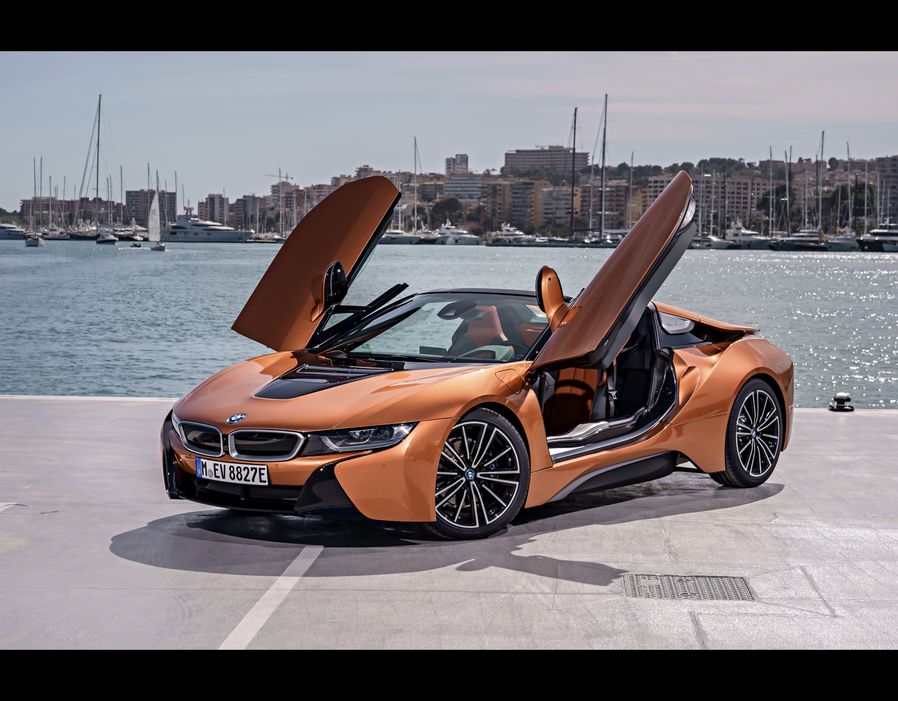 That’s enough to give it a 0-to-60mph time of just 4.6 seconds and a 155mph top speed along with 141.2mpg average fuel economy and 46g/km emissions. It can also run solely in electric mode for up to 34 miles.

More crucial than those figures though is how it drives. This is after all a supercar so a lot is riding on whether it puts a smile on your face, especially after your bank account has been relieved of £124,730.

The slightly eerie feeling of any electric car remains as you initially pull away in total silence but the first time you flex your right foot that surge of immediate electric power is enough to take your breath away.

While you can hear the petrol engine firing up and it’s lovely off-beat three-cylinder noise when you’re pressing on, the reality is that you soon get used to it switching on and off according to how hard you’re driving.

There’s also an eDrive button which keeps the car on electric mode for as long as possible if desired. While you’re certainly not left wanting for more performance when driving the i8, it perhaps doesn’t quite engage the way that more conventional sports cars at this level such as a Porsche 911 do.

There’s not a huge amount of feedback through the seat or the steering wheel to tell you what the car is doing beneath you and while it’s very composed over rougher roads and there’s next to no difference in how it feels compared to the coupe, it’s about four inches wider than a 911 and on narrower roads it definitely feels it.

We wouldn’t mind the steering being a little faster and the wheel itself being a bit smaller too. That said, you can still steer the i8 down a challenging road at a fair pace given just how much grip there is on offer, it’s just that your grin at the end of it might not be as big as when in some rivals. On tighter roads the thick A-pillar can obstruct your view as well.

There’s no faulting the refinement levels though and the roof folds into that Z-shape behind the two front seats (an operation that can be done at speeds of up to 30mph). The small upright rear windscreen also has three positions ranging from fully up to fully down and a halfway point that BMW’s engineers claim keeps the in-cabin turbulence to a minimum.

It works too and with the side windows raised you don’t have to raise your voice much to talk to your passenger, even at motorway speeds.

Some of the interior plastics and controls might be looking a little dated compared to BMW’s latest other models but they work well and are easy to use on the move. We’d like some more immediate storage space though as there’s room in the centre console for your mobile phone but not for much else such as a sunglasses holder. 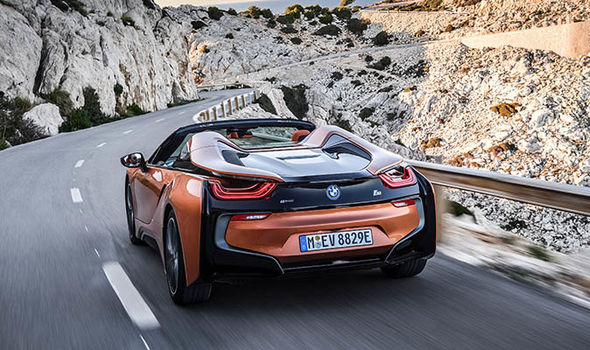 Helpfully there is a large cubby behind the two front seats with two handy clip-up section dividers to stop anything from sliding around too much. Together with the usefully boxy-shaped boot in the back there’s 100 litres of luggage space in total which doesn’t sound much but both are practical shapes making them more useful than others.

There’s a knack to climbing in and out over the wide and high carbon-fibre sills although we’ll never get bored of those butterfly-style opening doors.

As with four years ago there are two ways of viewing this BMW i8. Taken purely as a supercar, to be driven and enjoyed, the i8 Roadster is unquestionably good but as we’ve said, it’s not as involving as some rivals.

Yet viewed in terms of its technology, the i8 is a long way ahead of the competition even four years on from its original arrival. The fact that all cars will have to feature some electric power in years to come, you have to applaud BMW’s very brave foresight.

The ultimate summary then lies somewhere between the two. If you want a truly involving supercar then you’re probably better off looking elsewhere. Yet if you’re looking for a car that’s enjoyable, can still turn heads wherever it goes and represents a fascinating window into supercars to come, then this i8 Roadster is for you.

Make no mistake, the BMW i8 is still the future of supercars and we love it. 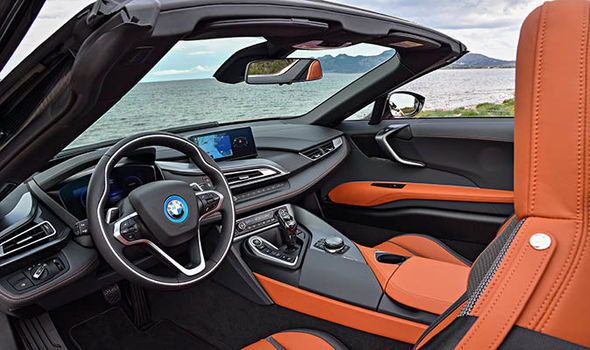 The interior of the BMW i8 Roadster

● On sale: This month

Previous The future of enterprise IoT: 2 factors to watch
Next Oculus Research is now the ‘Facebook Reality Lab’