Breaking News
Home / Auto / BMW 6-Series Gran Turismo REVIEW – Is it worth the £4,000 more than the 5 Series Touring? 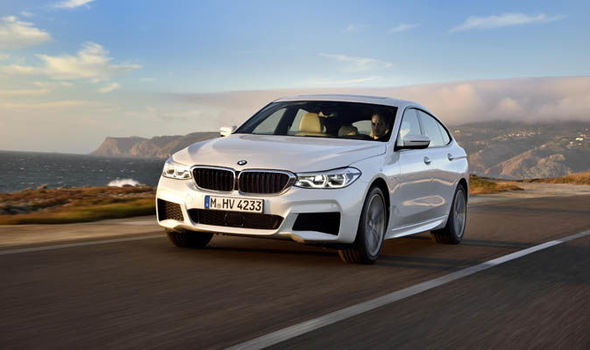 While the saloon and touring estate versions of its renowned mid-range model are popular in all their forms, from the humble 520d right up to the tyre-smoking M5, the GT never really caught the imagination of buyers.

Then again, perhaps it wasn’t meant to.

It offers an extra hatchback body style to buyers in a busy market but, with the 5-Series GT’s ungainly looks, it was unlikely to ever trouble the top of the sales charts.

Now it has been reworked as this new 6-Series Gran Turismo, with a new badge, new look and new feel.

Cynics might declare it badge engineering but this is more than a simple digit change. 
Longer, lower and significantly lighter than before, BMW has improved the GT’s handling and packaging to lift its appeal.

Certainly it looks much better.

Lower and significantly longer than its predecessor, the 6-Series GT has lost some of its more bulbous lines for a cleaner and more stylish shape.

That’s not all that’s slimmed down, either, with the choice of just three engines: two turbo-petrols and one turbo-diesel.

The latter is available in two or, for the first time, four-wheel drive form.

The latter has four-wheel drive only and is capable of the 0 to 60mph sprint in 5.3 seconds and a 155mph top speed.

Average fuel economy and emissions suffer as a result of that pace though, with 35.3mpg and 183g/km respectively. 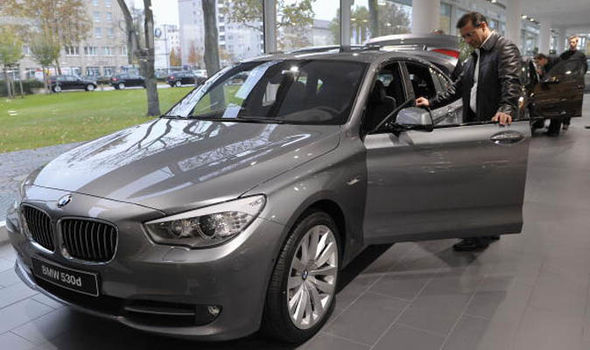 The 5-series GT has an ‘ungainly’ look to it

For the moment, these three are the only engine choices as BMW strives to push the GT further upmarket than before.

Hence the reason that four-wheel drive is now on offer and also that the old 2.0-litre turbo-diesel engine has been dropped.

Also crucial to the GT’s performance is that it has been on a drastic diet from its predecessor, having lost 18st despite being longer than before.

Under normal circumstances, this would be a noticeable change on the road but that is to forget that this 6-Series is not a small, or light, car.

Climb behind the wheel and set off and you’re immediately aware that this is not really much of a driver’s car and, in reality, probably isn’t meant to be. 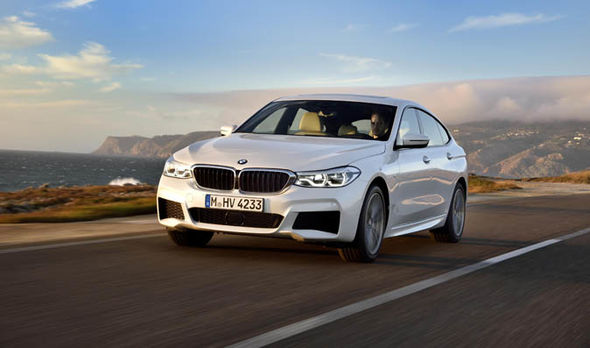 The BMW 6 series is more cumbersome than its predecessor

Just like the outgoing 5-Series GT, this 6 has been tuned more with comfort in mind than outright cross-country B-road pace.

While that weight-saving has undoubtedly helped, the fact remains that this GT feels heavy and slightly cumbersome on twistier roads and isn’t comfortable being thrown around a bend with any level of enthusiasm – despite having the grip and lack of body roll to do so.

The weighty steering and high driving position (even with the seat in its lowest position) don’t encourage that kind of driving behaviour either.

Instead this is a car clearly far more at home with a fast cruise on the motorway.

Its ride quality is supremely comfortable with little road or wind noise. Noticeably quieter and more comfortable than an equivalent 5-Series, and probably not that far off the more luxurious 7-Series, there’s a lot going for it in the comfort stakes.

That’s underlined inside too, where there are very comfortable seats and brilliant build quality and materials.

The matt-finish wood combined with the alloy door panel sections with the letters GT embossed into them are a particularly nice touch.

That beauty goes further than skin deep as the 6-Series has plenty of head and legroom in both the front and rear seats – even with that sloping roof line towards the back of the car.

There’s also a pretty long boot, although it’s a little shallow given that there are two under-floor storage pockets.

But you can’t help returning to the reason for the GT’s continued existence.

Fair enough, in some global markets some car buyers don’t like estates so the smaller 3-Series GT does far better.

But when the 5-Series comes in its saloon and touring forms, and is such a superb car, you have to wonder why you wouldn’t go for one of those over this 6-Series.

Yes the GT has the extra flexibility of its hatchback body, against the saloon or the larger touring, but it also wears a heftier £4,000 price tag.

As they say, you pay your money and take your choice. But for us we’d rather go for a brilliant 5-Series Touring and go on a very nice holiday with the change.