Whereas the downstream traffic profile on Australia’s National Broadband Network has retained an identifiable evening busy period, for the upstream profile, it is much less so.

In stats released on Friday, NBN said peak upstream throughput across the three time periods it measures — business hours from 8am to 5pm, early evening hours from 5pm to 8pm, and evening busy hours from 8pm to 11pm — are all sitting in a band between 1.06Tbps and 1.02Tbps.

Since pre-coronavirus times in February, peak upstream traffic during the post 8pm period has increased 38% to 1.06Tbps as of Good Friday; early evening upstream peaked at 1.05Tbps on the same day, a jump of 54% against February; and peak business hour upstream speeds topped out at 1.02Tbps last week, an increase of 104%.

The company conducts its comparisons on Friday and acknowledged its profile was more akin to a weekend. Although it was not significantly different on the upstream side, for downstream, the profile had a much lower post 8pm bump.

NBN chief customer officer Brad Whitcomb said the increases were due to the uptake of video conferencing.

“While the network continues to perform well, this unprecedented demand on our upstream has impacted a small number of end user customers when using videoconferencing during the busiest periods of the day,” Whitcomb said.

“We are therefore increasing the upload capacity in order to address this as well as looking at further enhancements to address future demand.”

Whitcomb added business users should use business plans that have priority data and enhanced service levels.

NBN also added it had its busiest traffic day on April 8, which coincided with an update to Call of Duty. Post 8pm speeds topped out at 13.8Tbps, peak evening traffic was 13.3Tbps, and peak business hour throughput was 11.6Tbps.

“As uploads and downloads increase, we have seen more orders for higher-speed NBN plans come through,” Whitcomb said.

Earlier on Friday, NBN announced it had created a AU$150 million relief fund for low-income households with children at school and struggling small and medium-sized businesses.

The package will comprise of three parts valued at AU$50 million each: One part is aimed at getting school-aged children from low-income households online for the school term; the next part consists of discounts for access on new connections from struggling small and medium-sized businesses until September; and the final part is AU$50 million set aside for residential financial hardship.

For those unconnected low-income households with schoolchildren, NBN will waive its monthly AU$37 charge for 25/5Mbps services until September, with the company saying the move was made to allow families to get online as the second term of the school year begins.

NBN said the fund is available for retailers via opting in and is “a matter for retailers to determine when and what offers they develop for their customers”.

Daytime NBN speeds are as good or bad as usual: ACCC

ACCC expects increased usage of online services to be a coronavirus legacy.

Peak data during business hours is up by one-fifth and the 9 pm peak has increased by one-quarter.

Consumer watchdog releases a pair of position papers and it pauses its inquiries.

NBN satellite complaints spike over back end of 2019

Overall complaints are down by almost one quarter for the three months to the end of 2019.

ACCC to authorise and oversee the working group that will coordinate financial support and congestion strategies. 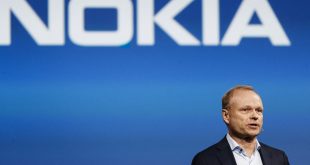 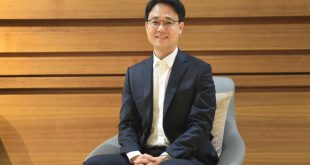