Audi Q8: Odd concept, great car – why new coupe version of the Q7 might be a winner 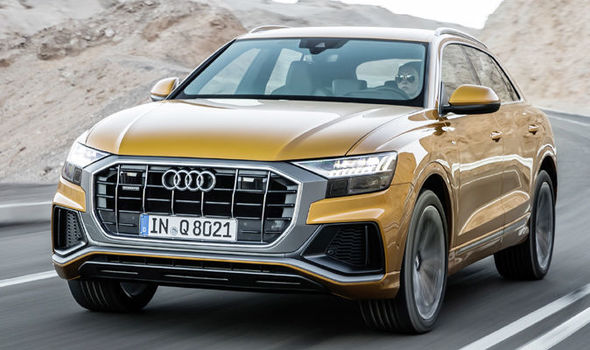 For a car that made little to no sense on paper, the BMW X6 has done pretty well for itself since arriving in showrooms ten years ago.

The concept of a sporty, coupe SUV might originally have had plenty of observers scratching their heads, but the X6’s 410,000-plus global sales since, have proven that it’s a successful one.

So perhaps it’s not so much of a surprise that Audi is joining this niche model class with this new Q8, but just why it took so long.

After all, Mercedes has its similar GLE Coupe and Land Rover its Range Rover Sport, so clearly there’s plenty of potential for the sportier SUV.

Although based on the same underpinnings, it’s lower, shorter and wider than the Q7, with a noticeably more hunkered-down and squat look, helped by the large wheels (21in on the standard S Line model or 22in on the higher-spec Vorsprung).

We like it, especially the frameless windows and the silver grille on some versions and it lacks the macho and aggressive look of the X6 which easily offends some. 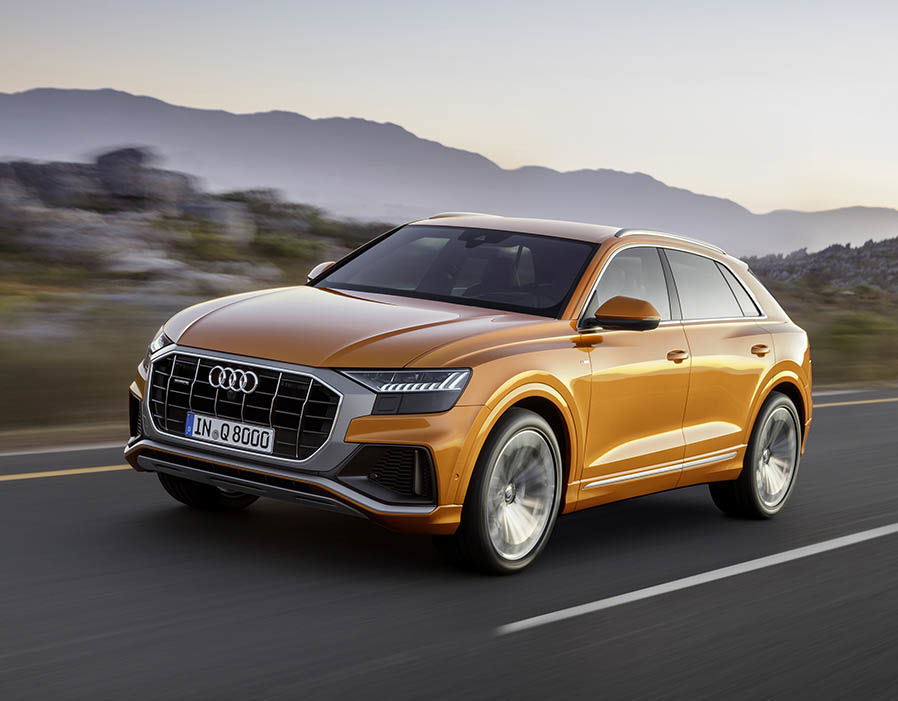 Initially there will just be the single engine choice of a 3.0-litre turbo-diesel with 286bhp badged as the 55 TDI and fitted with a small 48-volt mild hybrid system.

Capable of the 0 to 60mph sprint in just 6.3 seconds and onto a 144mph top speed, it’s certainly quick enough for what is not, after all, a small car.

Although official average fuel economy and emissions figures have yet to be released, they’re expected to be around 44.1mpg and 168g/km respectively.

During our time with the car, we returned 38.6mpg, respectably high given that we had the air con the entire time.

Already confirmed for early 2019 are a lesser 231bhp 3.0-litre turbo-diesel and also a 3.0-litre turbo-petrol with 335bhp (badged as 45 TDI and 55 TFSI) and don’t be surprised to see a plug-in hybrid version during 2019 either – although given all of the current anti-diesel rhetoric, we would have preferred a hybrid model to be introduced immediately.

On the road, what first strikes you about the Q8 is its high level of refinement. Road and wind noise are kept well insulated from the cabin and while the engine is certainly audible at times, it’s never that intrusive. 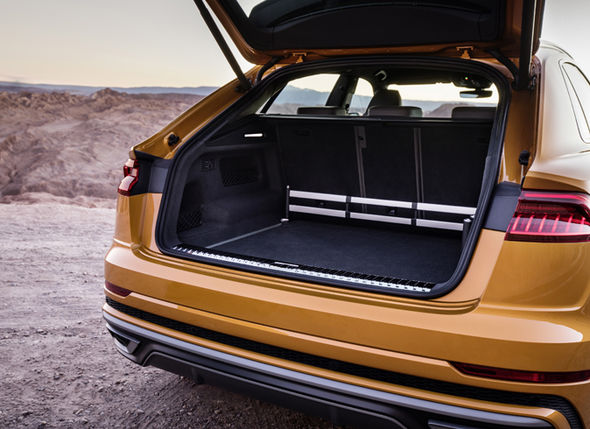 Adding to that practicality is a decent 605 litre boot

The ride quality is excellent and despite the Q8 being a big car, it remains pretty flat when cornering and turns in well.

Although we’d like some more feedback about what the car is doing through the steering wheel, it’s highly unlikely that owners will throw this car around that often, simply to its slightly imposing width. It’s fair to say that it doesn’t [start itals] feel [end itals] all that big on wider roads, but you can never fully escape its dimensions.

You can never really escape its weight either. At 2.1 tonnes, it actually weighs more than the larger Q7, thanks in large part to the mild-hybrid system on board here in the Q8.

Obviously the standard Q8’s handling will give Audi some room to manoeuvre with any future S or RS models, but there is an optional four-wheel steering system for a more dynamic feel on the pricier Vorsprung trim level.

Then again, customers are rightly sure to be pretty demanding for the Vorsprung models given that it will mean an eye-watering £18,000 premium or so over and above the S-Line.

Overall though, we definitely think that Audi’s engineers have met their target to build a sportier alternative to a Q7.

Ok, so it’s not going to worry many sports cars down a country road, but it definitely has a more involved feel than its bigger brother and as a result gives the driver much more confidence at the wheel too. 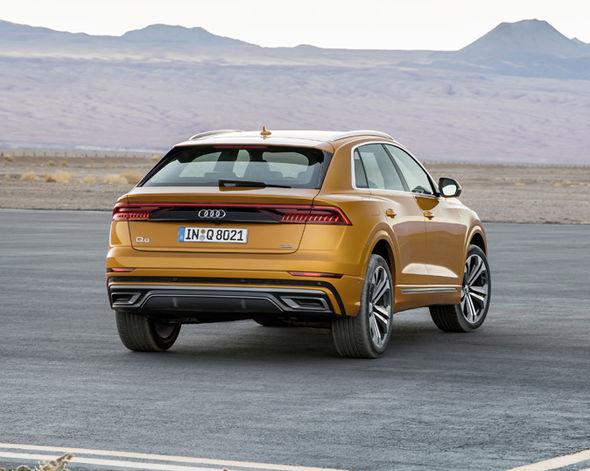 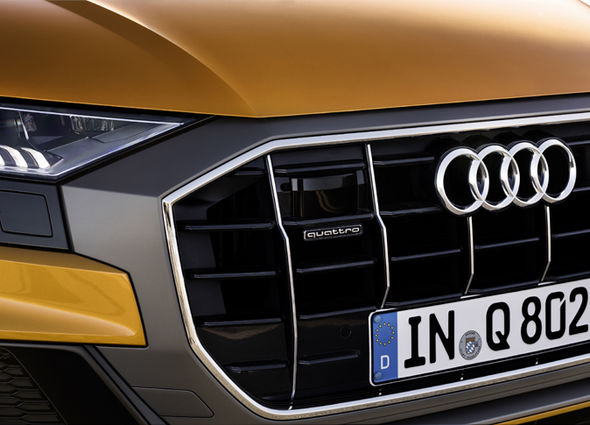 Helping that confidence is the Q8’s excellent interior and driving position.

With height and reach adjustment on the steering wheel and height adjustable front seats, it’s easy to find a good position with a good view of the road ahead over the bonnet.

The only design element of the interior that we’re not entirely convinced about are the dash wide ventilation louvres.

They house the usual vents for the driver and front passenger, but the pattern continues across the dash and to us it looks a little odd.

Both screens have haptic and acoustic feedback and are pretty intuitive and easy to operate on the move. 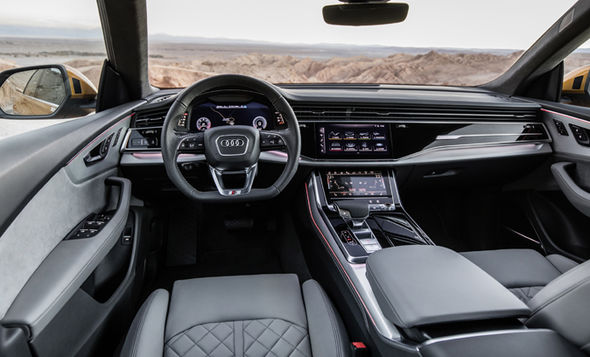 The Q8’s excellent interior and driving position is excellent

There’s a huge amount of space inside too, both front and rear. One six foot adult can easily sit behind another with legroom to spare and while lower than a Q7, headroom in the back seats isn’t sparse either.

Adding to that practicality is a decent 605 litre boot (1755 litres with the rear seats down) and sliding rear seats are an option – although quite why they’re not standard on a £65,000 car is anyone’s guess.

The SUV Coupe market is an open goal as far as critics are concerned, but it’s hard to argue with the BMW X6’s historic sales success we mentioned earlier and the same is true for the potential fortunes of this Q8.

When combined with the Q7, Audi expects the Q8 to account for a third of sales.

With about 6000 Q7s leaving UK showrooms each year, that gives a rough sales expectation of 3000 units per year, which at £65,000 each is no small change for Audi’s profit margins.

And, odd though the concept of a SUV Coupe might be, as a better-looking, sportier and better-driving alternative to the Q7, there’s a lot to this talented Q8 to like. 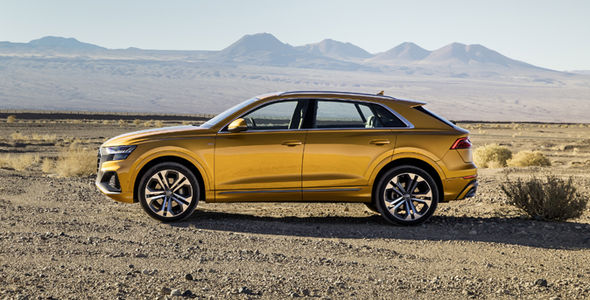 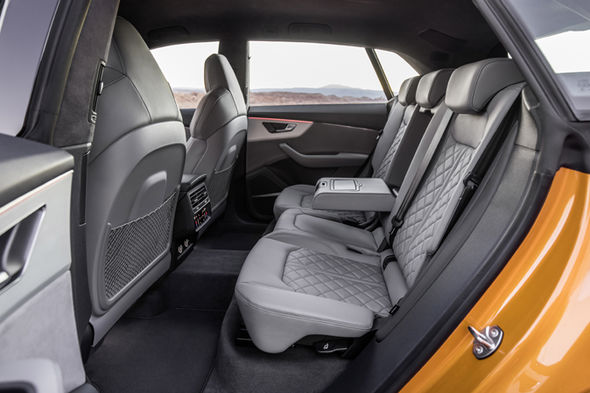 The Audi Q8 Q8 has a high level of refinement

Previous How to Google Chrome: Essential tips and tricks to mastering your browser
Next In Army of None, a field guide to the coming world of autonomous warfare