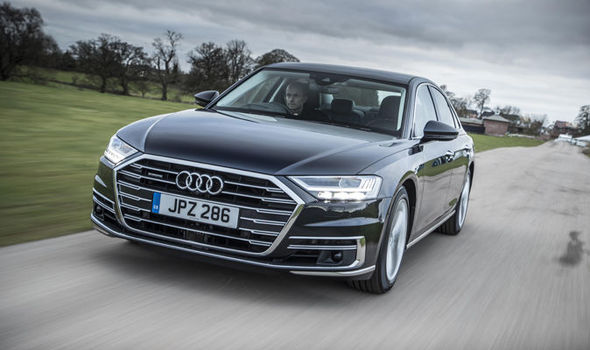 This is the fourth-generation of this big Audi saloon

The fact is that many customers at these stratospheric heights are likely to want all of these and more besides. Primarily, they’re likely to be after a Mercedes S-Class or flagship Range Rover.

Which makes the task ahead of the likes of the BMW 7-Series and this new Audi A8 something of a near-vertical uphill struggle.

As stunning and understated as this A8 looks, there’s no question that the fourth-generation of this big Audi saloon has always been something of an alternative choice for those elite levels of the executive saloon market.

Beyond its design aesthetics, though, Audi is claiming that this new A8 is a “game-changer” being more refined and, crucially, more technically- advanced than ever before.

Most notably, the A8 has been developed to boast higher levels of automated driving.

All of which is very impressive but as with all “arms” races, especially automotive ones, much of this is splitting hairs and all of the cars in the sector end up boasting much of the same technology anyway.

The BMW 7-Series, for instance, has had a remote parking function for some time but you’re unlikely to ever hear anyone bragging about it, if only for its impracticality of use on a day-to-day basis. no; far better to focus on what’s useable and, more importantly, useful.

Despite using Audi’s latest confusing badging ladder, our test car was a 50TDI which actually means a 3.0-litre turbo- diesel engine with 286bhp.

That’s enough to get even this long-wheelbase version of the A8 from 0 to 60mph in just 5.9 seconds and on to a 155mph top speed.

That’s some serious pace for what is not a small car after all. 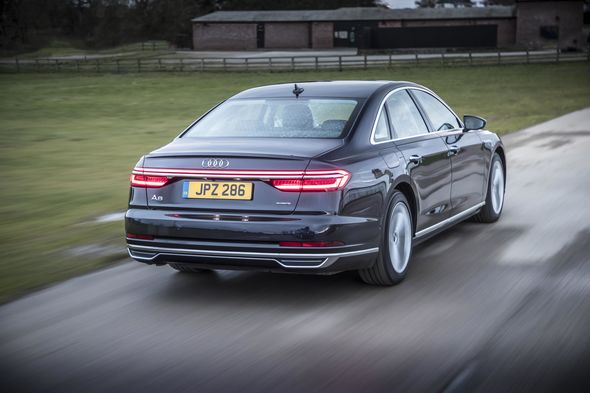 It’s also not bad at the pumps either, at least on paper, with a 50.4mpg average fuel economy and 146g/km emissions.

Crucially, at this level, the competition is more about how a car goes and feels on the road rather than on paper and this is both the Audi’s greatest strength and also its greatest weakness. Initially your impressions of the A8 are, frankly, exceptional.

The engine is unbelievably well insulated from the cabin and whisper-quiet, and there’s no doubt that it’s the kind of car in which you drive for hours yet feel as if you’d just popped to the shops.

Someone once said that the mark of a true luxury car is one that can change continents into countries and countries into counties with its comfort – and that’s certainly true of this new Audi. 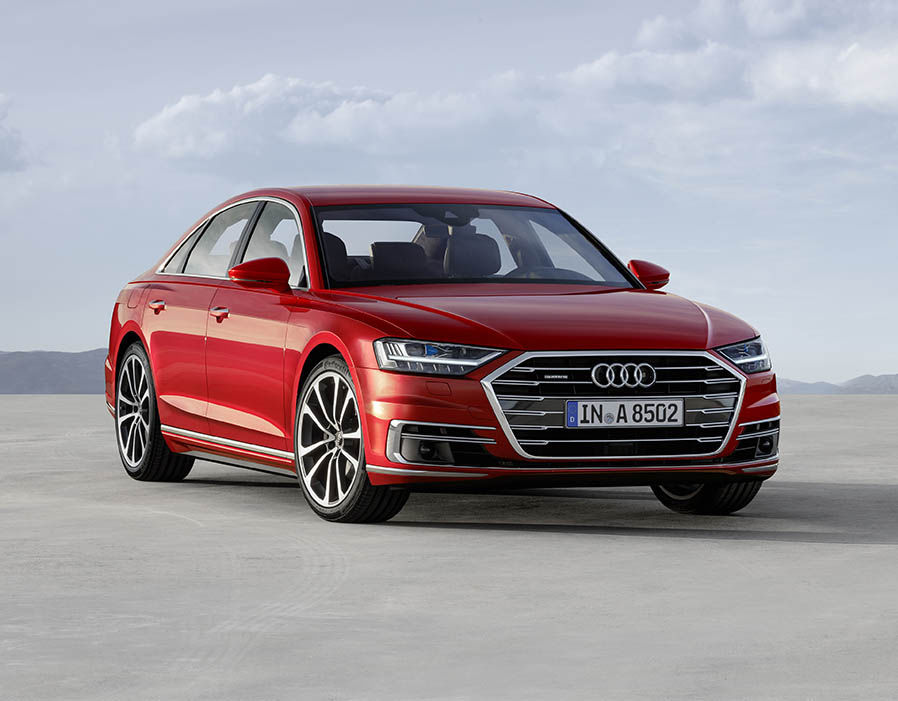 But, and it’s a big but, it’s not without faults.

A small caveat here is that we’re splitting hairs but that’s what’s required at this level.

For starters, the A8 never really shrinks around you like the previous A8 did or other rivals do.

OK, so few owners are likely to be cornering these cars on their door handles but it’s still a factor that while this Audi is a big car, it feels like a big car too – two very different things. More important than that though is the A8’s ride quality. 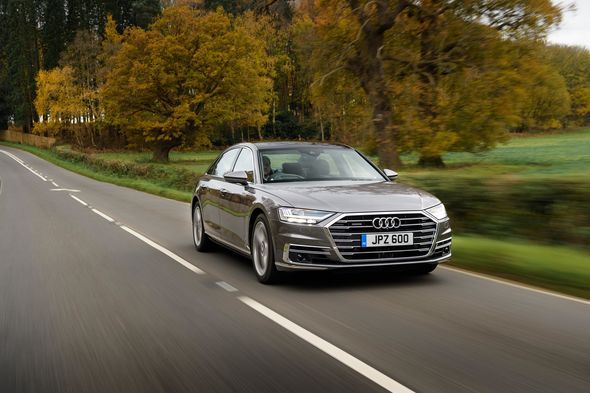 The A8 is a stunning and understated car

Even in full comfort mode, you’re left feeling that the Audi’s ride could still be slightly better on rougher roads.

You still feel road imperfections and expansion strips but you can’t help wonder if they’d be felt in the cabin of a Mercedes S-Class.

You have to blame the optional 20in wheels tted to our test car instead of the standard car’s 18in ones.

That’s a shame because other elements of the A8 are so eye-wateringly good.

The build quality of the interior in particular is nothing short of immaculate and some of the materials like the matt wood and alcantara are simply stunning.

The touch-screens – fast becoming de rigueur in almost all new cars – have a haptic element to the controls, which feels a little odd but actually works well.

The only downside is that you’re forced to take your hands off the road to use the controls unlike, say, rotary buttons for the heating which you can use by feel.

In the back too, while there’s acres of legroom for the two outer seats there’s a huge transmission tunnel on the floor between them, and, rather oddly, the provided plug socket is European rather than a UK three-pin one.

Overall, this new Audi A8 is a very capable luxury car and anyone lucky enough to drive one would be very happy indeed.

The only problem is that all of its rivals are also very capable luxury cars so, as we said, at this level it becomes more about refinement minutiae.

And when you climb to such heady heights as these, every little helps.

Previous What is 5G? Everything you need to know about the new wireless revolution
Next Google brings Nvidia’s Tesla V100 GPUs to its cloud