AT&T this morning announced the launch of a second TV streaming service, called WatchTV, days after its merger with Time Warner. The lower-cost alternative to AT&T’s DirecTV Now will offer anyone the ability to join WatchTV for only $15 per month, but the service will also be bundled into AT&T wireless plans. This $15 per month price point undercuts newcomer Philo, which in November had introduced the cheapest over-the-top TV service at just $16 per month.

There are also over 15,000 TV shows and movies on demand, along with premium channels and music streaming options as add-ons. 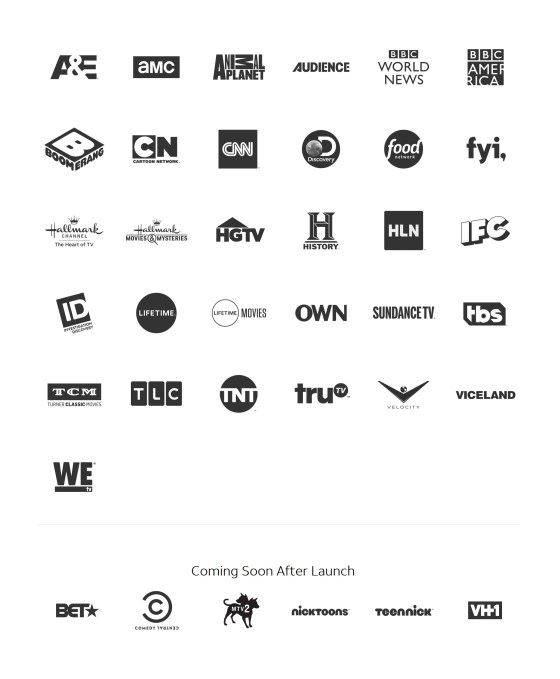 While the new WatchTV service is open to anyone, AT&T is also bundling it into two new unlimited plans for no additional cost.

The Premium plan customers will have all the same features of the existing AT&T Unlimited Plus Enhanced Plan, including 15 GB of high-speed tethering, high-quality video and a $15 monthly credit towards DirecTV, U-verse TV, or, AT&T’s other streaming service, DirecTV Now. They can also choose to add one other option, like HBO, Showtime, Starz, Amazon Music Unlimited, Pandora Premium and VRV, for no additional fee. Add-ons can only be swapped out once per year.

The regular plan (AT&T Unlimited & More) only offers SD video streams when on AT&T’s network, including when customers are viewing WatchTV. It also includes the $15 monthly credit towards other AT&T video services and up to 4G LTE unlimited data.

The Premium plan costs $80 for a single line after the AutoPay billing credit; or $190 for 4 lines. The regular plan is $70 with the AutoPay billing credit and paperless billing. It’s $5 more per line per month then the current Unlimited Choice Enhanced plan, but when you go up to 4 lines, it works out to the same price as before, $40 per line per month. 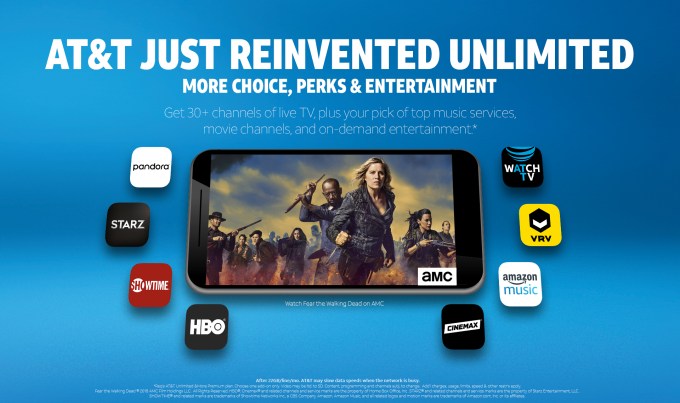 AT&T CEO Randall Stephenson had previously revealed the carrier’s plans for the new low-cost streaming TV service while in court defending the Time Warner merger against anti-trust claims. He used its launch as a point of rebuttal against comments about the ever-higher prices for AT&T’s DirecTV satellite service.

The Justice Department was concerned that following the merger, AT&T would raise prices on Time Warner’s HBO and Turner networks, like TNT, TBS and CNN, in order to prop up its own offerings. For now, it seems AT&T will just come up with a million different ways to generate revenue from its networks, by offering different bundles and packages to AT&T customers and other consumers.

The company also touted the merger, when announcing today’s news: 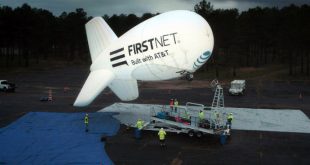 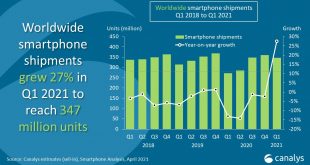