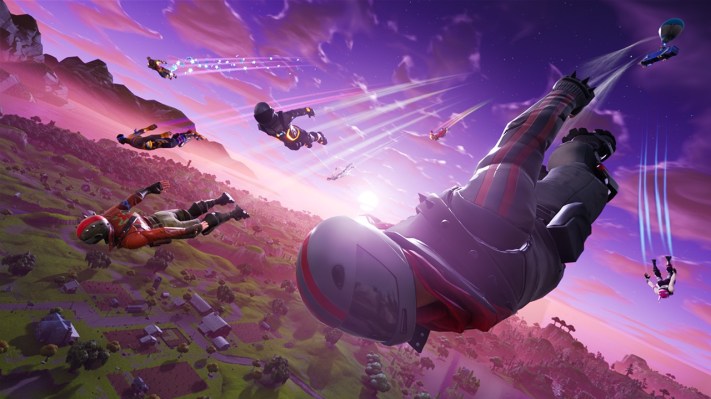 As massive cross-platform gaming titles become even larger time-sucks for a lot of people, it’s probably worth reflecting on how to savor your in-game accomplishments.

Streaming of eSports celebrities on sites like Twitch has taken off like no one imagined, but for the most part the toil-heavy editing processes has left this attention largely focused on those with the ambitions of making gaming their full-time gig.

Athenascope is a small startup aiming to tap computer vision intelligence to record, review and recap what more novice gamers were able to pull off in their latest battle royale with a short, shareable highlight reel. The team is led by Chris Kirmse, who previously founded Xfire, a game messaging client that Viacom bought in 2006 for north of $100 million.

The company announced this week that they’ve closed a $2.5 million seed round led by First Round Capital to grow its tools and its team. They’re also rolling out their AI highlight reel tool for gamers. The tool is pretty customized for individual titles; they’re launching with support for Fortnite, Rocket League and PUBG, but Kirmse hope to expand that list significantly in the future.

Josh Kopelman, a partner at First Round Capital who is joining Athenascope’s board, highlighted that a lot of existing tools for gaming entertainment are “really skewed towards the high-end.”

“They’re not democratized, they’re for professional gamers,” Kopelman told TechCrunch. “What I think Chris is trying to do with Athenascope is enable anyone to create these high-quality game highlights — what the pros have to do manually.”

The company is tackling a problem familiar to video-editing software companies, how do you prevent footage from dying on the device. The answer here is the same as many others have posited, tapping computer vision deep learning to do the heavy lifting in determining what footage is interesting and worthy of a highlight reel. Athenascope has some key advantages over the companies like GoPro that are trying to do the same with real world video, namely the games they support operate in fundamentally more predictable ways and 2D interface cues offer some pretty healthy indicators of when exciting stuff is going down.

The game isn’t a plug-in that needs pipeline access to your Fortnite account or anything, the product simply analyzes exactly what you’re seeing when you play. The startup is also working on cool tools that allow you to see multiple perspectives of individual moments in gameplay by essentially syncing together footage from other people involved in a match that are also Athenascope’s service and giving a sort of multi-view replay.

The company has broader ambitions of how it can evolve these gaming insights with computer vision, including ways to help gamers learn about their strengths and weaknesses in a way that lets Athenascope serve as a sort of computer vision coach. For now though, the big focus is on getting gamers these entertaining snapshots of their gaming experiences in an intelligent way.