Apple will officially release iOS 14 and iPadOS 14 on Sept. 16. The upcoming update will be available on any device that currently runs iOS 13 or iPadOS 13.

Also: Everything Apple announced at its Time Flies event

Most of the more notable changes will be available on the iPhone, with a redesigned home screen that now lets users place widgets anywhere on the screen. The widgets hold small pieces of information, like your next flight time or the rest of your travel itinerary from an app like TripIt. There’s also a new App Library that will declutter the endless grid of apps on the home screen, and automatically organize apps into folders.

The iPad’s picture-in-picture mode, a feature that shrinks down the size of the window a video is playing in, putting it on top of the interface and letting users leave the video app is also making its debut on the iPhone.

The Messages app on both platforms is getting improved group chats with inline replies and mentions, along with the ability to pin your favorite conversations.

The iPad line isn’t seeing the same changes to the home screen as the iPhone, but it will gain a new, smaller, Siri interface that no longer takes over the entire display when in use.

Apple is also adding new security features to its mobile lineup, including the ability to restrict an app’s access to specific photos in your camera roll, and more transparency is required by apps that use data to track you and serve ads.

Both operating systems will be available tomorrow, Wednesday, Sept. 16, as a free software update.

Previous iOS 14 out today, but it might be a very good idea to avoid installing it
Next Telstra unveils first release of its enterprise hybrid adaptive networks

iOS 15: Your iPhone's next big software update will be available Sept. 20 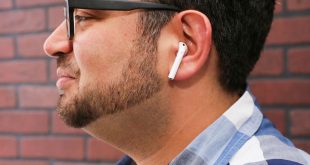 CNET Apple’s wireless earbuds have been around for almost exactly five years now, with the ...