Apple has unveiled a raft of new accessibility features that it will be rolling out over the coming months.

Launching May 20, customers in the US, UK, and France will be able to communicate with AppleCare and Retail Customer Care support staff using sign language. Customers visiting retail stores in those locations will be able to use SignTime to remotely access a sign language interpreter, with no advance booking required.

Must read: Want to run Android 12 beta? Here’s what you need

AssistiveTouch is coming to the Apple Watch.

Making use of the built-in motion sensors, heart rate monitor, and on-device machine learning, the Apple Watch will be able to detect muscle movement and tendon activity, allowing users to move a cursor on the display using hand gestures such as pinch or a clench.

This new feature has a timescale of “later this year.”

Also coming later this year is support for third-party eye-tracking devices in iPadOS, allowing an on-screen pointer to move based on the gaze of the user, with taps generated by extended eye contact.

The best smartwatch: Apple and Samsung battle for your wrist

It’s been six years since the first Apple Watch was released, and it’s pretty clear to most that Apple’s wearable is the best smartwatch available. It requires an iPhone, though, so Android phone owners need a different companion… and there are plenty of good options available.

Also incoming are new features for VoiceOver, the screen reader for blind and low vision users. This update adds the ability to explore more details about the people, text, table data, and other objects within images. This feature will, for example, be able to extract information from a snapshot of a receipt or describe people and objects in a photograph.

Apple is also bringing support to MFi hearing devices, allowing those who are deaf or hard of hearing to have hands-free conversations. Apple is also adding support for the Headphone Accommodations feature to import and customize audio based on PDF or even paper-based audiograms.

Another new feature on the way is Background Sounds, which is designed to help minimize distractions, helping users remain more focus, stay calm, or rest.

Apple is also adding Sound Actions for Switch Control, which replaces physical buttons and switches with mouth sounds, improved display and text settings for those with colorblindness and other vision challenges, and new Memoji customizations showing oxygen tubes, cochlear implants, and a soft helmet for headwear. 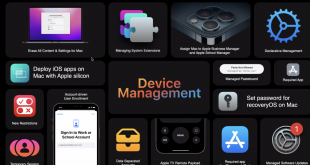 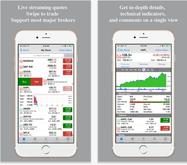