Apple is trying to tap into local talent by building new research centers around the world. As spotted by MacRumors, the company just announced on its Chinese website that it is going to build two new R&D centers in Shanghai and Suzhou.

This is going to be a significant investment as Apple plans to spend 3.5 billion yuan, or a little bit more than $500 million. The company already announced research centers in Beijing and Shenzhen, so there will be four centers in China in total. Apple also has teams in France, Israel, the U.K., Japan and Sweden.

Apple said that some of those engineers will work on supply chain improvements. Most of Apple’s products are manufactured in China. And some of the best electronics engineers in the world who can help you ship tens of millions of devices a year also live in China.

It could be easier to work on proprietary Chinese protocols with a local team in China as well. Apple needs to make sure that its devices work on all Chinese networks.

So it seems logical that Apple would go beyond partnering with local firms in China by creating its own research centers. This way, Apple has a foot on the ground and gets the best of both worlds.

As a side effect, Apple shows that it is willing to invest in the Chinese economy. It’s a great way to convince the Chinese government that you deserve favors.

Apple already has many different stores in China. Apple is also the fourth smartphone maker in China behind Oppo, Huawei and Vivo. China is a key market for Apple, and today’s new research centers prove that once again. 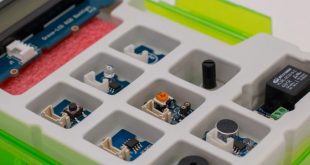 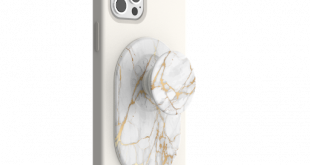 In October, TechCrunch broke the news that PopSockets was developing its own line of MagSafe-compatible ...