Apple’s 9th Generation iPad was announced alongside the iPhone 13 lineup and a refreshed iPad Mini. It’s $329 starting price remains the same, although it’s already discounted to $299 on Amazon, as does the familiar, if not ageing design.

After a week of using the latest iPad, it’s clear that it’s still the tablet to beat. Apple perfected this equation, trickling down the price, capabilities, and new features of the iPad Pro to most of the iPad lineup, including a fancy new front-camera feature that’ll make you the star of all those work Zoom calls we all find ourselves on right now.

Let’s take a closer look at what’s changed, what hasn’t and what all of that means to those interested in picking up Apple’s cheapest iPad.

The overall design of the base iPad hasn’t changed much over the years. If you’ve ever owned or used one of Apple’s base iPad models, then the 2021 rendition will feel very familiar.

The home button is still present, complete with a Touch ID sensor under it so you can use your fingerprint to unlock the tablet, approve purchases or sign into apps. There’s a Lightning port on the tablet’s bottom for charging and transferring data — making it the only tablet in Apple’s lineup that uses Lightning and not USB-C. It’s also the only tablet still in the lineup with a home button, with the iPad Mini and iPad Air feature a Touch ID sensor under the sleep/wake button and the iPad Pro using a True Depth camera system.

You’ll find the volume up and down buttons on the right side, with the sleep/wake button just around the corner, atop the tablet. On the opposite corner, you’ll find the 3.5mm headphone jack (another feature that’s now only found on the standard iPad) and on the left side of the housing is Apple’s Smart Connector that’s used to connect the tablet to Apple’s Smart Keyboard.

The 10.2-inch display received a small update with the addition of True Tone. Essentially, the display changes its color temperature to match your environment. It’s a feature that’s been used in iPhones and iPads for a while now, and one you likely won’t even realize active (and that’s a good thing), but it’s nice to see it work its way down to the least expensive tablet Apple offers.

With iPad Mini now updated to look like the iPad Air and iPad Pro line, the base model iPad’s design is starting to show signs of its age. It’s iconic, but it’s also dated, and while it works just fine, an update to flatter edges, a larger display in a smaller overall footprint, moving Touch ID to the power button and Apple Pencil (2nd Gen.) support feel like the natural next steps for the iPad.

However, one area where the iPad doesn’t feel dated is with iPadOS 15, the latest software Apple offers for its tablets. The improvements iPadOS 15 offers are far and wide. You can now place widgets anywhere on the iPad’s home screen, giving you glanceable information or access to specific sections of an app just a tap away.

Multitasking hasn’t changed much in iPadOS 15, but it’s more discoverable and easier to figure out. There’s a new three-dot icon that lives at the top of your screen. Tap or select it, and you’ll see a multitasking menu that lets you move apps to split-screen or slide-over mode.

Until now, the issue with multitasking on any iPad has been its discoverability. I’ve talked to multiple users inside the enterprise and out, that had no clue they could use two apps side-by-side on the iPad. Or that they could use an app in slide-over mode, revealing and hiding it as needed. If nothing else, the multitasking menu will make it clear that more features are waiting to be discovered and used within iPadOS 15.

The 10.2-inch display of the iPad is more than enough space to use multiple apps and multitask without feeling too cramped. I just reviewed the iPad Mini, which is absolutely fantastic, but never once did I feel the need or urge to use apps in split-screen mode. The display is just too small, for me at least, to use the Mini in that way.

However, the standard iPad display shows plenty of information, whether you’re using one app or three.

Inside the latest iPad is Apple’s A13 Bionic processor, which is a small but meaningful bump over the A12 Bionic processor used in the 8th generation iPad. One big change Apple made that’s sure to make all iPad users happy is that the storage amounts have doubled. The iPad now starts at 64GB of storage, up from 32GB, and maxes out at 256GB, up from 128GB. You’ll pay $329 for the lower storage tier or $479 for, the higher storage allotment.

The added storage is surely a welcome spec bump, as 32GB isn’t a lot of space to fully take advantage of all of Apple’s services and offerings. Be it downloading Apple TV Plus shows for offline viewing or using the iPad as a gaming device for Apple Arcade.

The front-facing camera on the iPad also got a considerable upgrade. It’s now a 12-megapixel ultra-wide camera that uses Center Stage; a feature Apple originally debuted with the 2021 iPad Pro. During any video call, be it FaceTime, Zoom or Google Meet, the camera will keep you in view, even as you shift in your desk chair or walk around the room. As others join or leave your side, the camera will zoom out or in to ensure everyone is included in the shot.

With the normalization of video calls across our work and personal lives, Center Stage is a feature that enhances the overall experience. Even if you set aside the fact that the camera automatically follows you around, the improved clarity and picture quality is something we can all appreciate.

Most iPad users hold on to their tablets for years, forgoing the urge to upgrade every year or even every other year. Heck, I have an iPad Air 2, released in 2014, sitting on my desk right now that runs iPadOS 15.

When looking at the A13 Bionic through the lens of someone who hasn’t upgraded their iPad in several years, instead of comparing it to last year’s model, it’s clear that the performance jump is going to be noticeable. As is the display upgrade, both in clarity and size.

Apple perfected the tablet equation with the iPad, and there isn’t a single competitor that comes close to the iPad in performance and price. At $329 on a bad day and $299 on most days, there’s really no reason not to get the iPad if you’re in the market for a tablet for daily tasks. You get access to the App Store and countless apps designed specifically for the iPad, and with improvements made in iPadOS 15, it’s now easier to multitask.

If you really want to push the iPad to its limits, add a Smart Keyboard and Apple Pencil, and you have yourself a very capable laptop replacement for under $600.

Previous Windows 11 gets an update for the better experience of Android users
Next FCC details $1.9 billion program to rip out Huawei and ZTE gear in the US 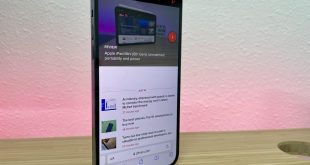 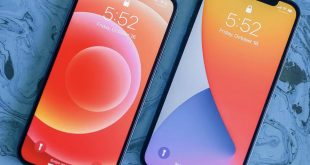