Fancy paint jobs for airplanes are nothing novel, but few airlines ever really commit to making their jets look unique like Japan’s ANA. The air carrier’s latest custom craft is one of its Star Wars series of planes, commemorating everyone’s favorite golden protocol droid with a C-3PO yellow fuselage wrap, and interior decorating to match.

The C-3PO ANA Jet follows R2-D2 and BB-8 variants released previously, and while those two were relatively easy to convey since a jet’s body is roughly equivalent to those droids lying on their sides, the humanoid C-3PO required a bit more creative license. A focus on that trademark midsection C-3PO enjoys, with its exposed wiring and large circular sternum detail, proved the most effective way to translate his essential droidness onto a gigantic passenger jet.

In addition to the outer wrap, the inside of the plane also features C-3PO-inspired touches, including seat headrest covers, paper cups and a special edition boarding pass done up in the same style. Also Anthony Daniels will always be your captain, and R2-D2 is the lead flight attendant and service director.

Those last true things aren’t actually true, but Daniels did attend the grand reveal of the jet, and signed the side of the plane. He has very human penmanship for a protocol droid. 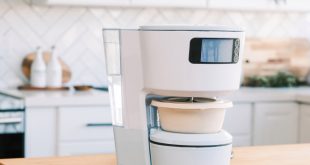