Mobile gaming hasn’t seen the same demand for streaming content in the past as desktop has, but Amazon sees a market there to extend Twitch’s dominance. After launching on Android back in November, the company’s mobile streaming centric app has just launched on Apple’s App Store.

The app lets users record short clips (anywhere from 30 seconds to 5 minutes of content) of gameplay from a variety of titles that support screen recording capture. Users can screen record these clips directly into the GameOn library at which point they can add commentary or additional edits before publishing to the GameOn platform or sharing links to the platform on other sites.

The GameOn platform is interestingly fully disconnected from Twitch with separate branding and different channels. Amazon has been partnering with streamers to wholly focus on mobile gaming while promoting challenges unique to the app.The company says the service is compatible with over 1,000 mobile games.

Developers have been increasingly vigilant about brining more full-featured ports of desktop titles to mobile though the lack of sophisticated controls has made this a challenge. As gaming platforms aim to bring cloud streaming networks to iOS there could end up being more demand for shot-on-mobile content and titles that users control with a gamepad, but this will depend on whether the App Store grows more amenable to these platforms over time. 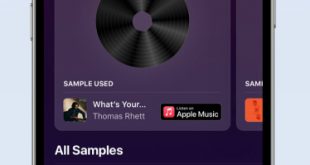 Apple’s new ShazamKit brings audio recognition to apps, including those on Android