A month with the Catalyst Fermentation System

I’ve been following the multiple “easy” brewing systems available online for a while now and have never found one that truly spoke to me. Devices like the Minibrew seem great but price and shipping problems have always kept them out of my boozy little hands. So, rather than wait for the perfect automatic system, I decided to look at the Catalyst Fermentation System, a $199 carboy kit that promises to make brewing as easy as boiling some oats and hops and managing a trub.

Fermentation is a fairly simple process. At its core you create a “tea” or juice using sugar-rich ingredients and introduce yeast. The yeast eats the sugar, produces carbon dioxide and alcohol, and dies. In wine you try to drive out the CO2 and clarify the product as much as possible and with beer and other sparkling beverages you want to maintain the CO2 through the careful addition of extra sugar or gas in a keg. In my test case I ran a batch of Stone Pale Ale. The kit comes complete with grain, a cheesecloth bag, and three different hops to drop in at various times in order to get the right flavor profile. It also includes a sack of dry malt – the aforementioned sugar – that you mix together and boil in a big pot (not included) and then quickly cool before you pour it into the Catalyst.

Beer-making is easy in theory it is difficult in practice. If your ingredients are poor or your sterilization is incomplete you can infect and ruin the batch. In fact many brewers won’t use a system like the Catalyst because it is made of plastic and not glass. Plastic can scratch easily, they reckon, you can introduce dormant bacteria and yeast into a batch with the wrong equipment.

I personally have never gone wrong with plastic. I’ve found that as long as you sanitize the entire system you usually can use almost anything in your brewing process. That said I didn’t notice any scratching in my vessel after preparing single batch of beer.

The Catalyst is very easy to use. After making and cooling the wort I transferred the liquid to the container, closed the airtight lid, added a bubbler, and attached the trub. The trub is essentially a jar that screws in under a 3-inch valve. The trub is designed to catch all of the sediment in the beer including the spent yeast and water-logged hops. Because the trub can be closed off from the actual beer, you’re able to “rack” the beer – remove the sediment – simply by closing the valve and getting rid of the stuff in the jar. The company also suggests that, after initial racking, you can attach a smaller jar and grab some of the yeast for next time, thereby ensuring consistency between batches.

Unfortunately I didn’t get any pictures of my batch in action but essentially the vessel is very similar to the V-Vessel, a winemaking system that has a similar racking solution. The Catalyst, however, is designed primarily for beer so the trub is much larger and can hold more sediment. Once you clear the fermenter a few times by removing first the wet hops and then the yeast, you can add a funnel-like bottling attachment that lets you squirt the beer into bottles or kegs using an included hose.

I found little to dislike about the system except for the trub valve. I screwed in a jar as required and let the beer sit for a few days. However, when I came back I noticed the space around the lip of the jar was leaking a little, leaving a malty little puddle in my basement. I was able to stop it by screwing the jar in more tightly but then that made it harder to remove the jar for racking. It wasn’t a major problem but it was a definite annoyance. I let the beer settle for about four weeks and then kegged the IPA in a small keg. My friend connected the keg to his home dispensing system. The result? A solid, tasty beer without many off-tastes or issues.

I would love an automatic brewing system. As it stands, however, a kit like the Catalyst is the next best thing. It doesn’t take much skill or effort to make a batch of acceptable beer and, because the system is fairly self-contained, it forgives many of the sins committed by beginning brewers. I would argue that an inexpensive system like this is far better than some of the automatic systems out there – I’m particularly enamored of the Grandfather – simply because you learn more about the brewing process and you learn early on the difference between a successful brew and a bad one. However, as technology improves, I could see setting up an automated brew kit in the kitchen and getting fresh, tasty beer at a moment’s notice. The technology and price aren’t quite there yet, however, so until then something like the Catalyst is an excellent and inexpensive tool. 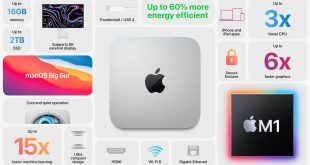 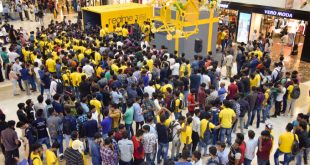 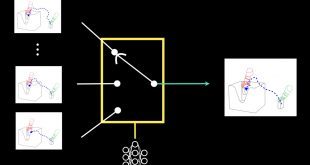 Interlocking AIs let robots pick and place faster than ever

One of the jobs for which robots are best suited is the tedious, repetitive “pick ...