Many of you know that I consume a tremendous amount of storage. I stopped counting once I broke 200 terabytes here at Camp David. Because I’m dealing with that much storage, and because I’m now constantly flinging ginormous 4K video files across the property, networking speed is a big concern.

When I moved into my home/office in 2011, I put GigE wiring into every wall of the building. I didn’t want to rely on wireless for my primary workloads. But tech has gotten faster. At this point, the wiring in the house is somewhat last generation.

Learn how the leaders of small businesses and startups can use technology to overcome obstacles, drive innovation and efficiencies, and compete against larger incumbents.

That’s why, when Buffalo and Synology sent me their NAS devices with 10GigE support, I started thinking about what it would take to upgrade to 10GigE.

When Apple announced its mind-bottlingly expensive iMac Pro, the first Mac with 10GigE capability, I asked myself: How practical is it for a small business to implement 10GigE today?

I’ve found some answers. It’s doable. It’s not super-cheap, yet not unreasonably expensive. But it’s neither common nor mainstream.

Let’s set some ground rules. First, I’m looking at this for small network situations, like those folks who work from home producing high-end video. I’m not looking at 10GigE for the enterprise.

Second, I’m not doing an exhaustive search. I’m just getting a feel for what’s out there. The easiest way to do that is a couple of quick searches on Amazon and Newegg, my typical go-to sources for gear acquisition.

If you’re going to connect to a 10GigE NAS, you’re going to need, at the very least, a switch, cabling, and an NIC. You might want to set up a separate network for just those devices that support 10GigE, because if any device on the network is slower, the NAS will drop down to that speed.

As it turns out, 10GigE can use a bunch of transports running on optical connections, or reasonably high-quality copper cables. If you want to connect into the RJ-45 connections on the 10GigE NICs in the NAS devices, you’ll be going with copper.

Unfortunately, I wired my house with CAT5 cable. It handles GigE just fine, but I suspect there would be too much noise to run 10GigE successfully. So if I were to try to get 10GigE through the whole house, I would be looking at a rewiring job.

If I were to connect to one of the new NAS boxes over 10GigE, I’d need to put that bad boy right on my desk with my main machine, and forego running over the in-wall network.

You want CAT6a (for augmented), not CAT6e (or extended). That may seem counter-intuitive, but that’s the way we roll.

Be careful when you look for cabling. A quick search for CAT6a turned up a lot of plain CAT6 cables. These have a lot more crosstalk, and may not work at 10Gig speeds.

Pricing on Amazon for cabling isn’t all that bad. You can get a 50-foot run for about $16.

10GigE in your computer

If you want to add 10GigE into your computer, you’re going to have to have a machine with slots and a motherboard. Laptops need not apply.

I looked long and hard for a USB C (Thunderbolt 3) adapter for 10GigE — and found nothing. There’s enough bandwidth on USB C to support such speeds, but clearly not enough demand for the vendors to make an adapter product.

NIC cards are another story. I didn’t find a lot of choices, but Newegg sells a two-port Intel 10GigE PCIe adapter for $229. I also found a single-port StarTech card for $232 on Amazon. Sure, you’re talking 10 times the price of a cheap GigE adapter, but you’re also talking 10 times the speed.

$229 isn’t inexpensive, but it’s certainly doable if you have a need, a need for speed. C’mon, you knew I was going to have to go there at least once in this article, didn’t you?

Of course, to take full advantage of the speed, all the other specs in your computer have to be up to the task. You need a fast CPU, really fast storage, and so on.

Getting from here to there is a bit more problematic. The network gear providers do not have consumer-grade (or consumer priced) 10GigE switches.

The best price I found was $275 for a dubious HP 6-port 10GigE switch offered by a reseller. There were no details on the product page about the switch, and even HP’s product page is missing images, making it seem like you’re visiting a few years after the zombie apocalypse.

Beyond what looks for all the world like an “I found this thing at work, smuggled it out in my coat, and posted it for sale” product, you’re going to start hitting the $600 to $800 range. It turns out Buffalo sells an 8-port switch (which if you’re looking for compatibility with their NAS, might be a wise choice). I also found an 8-port switch from Netgear, and a 10-port box from D-Link.

For anything else, you’re popping a grand or more, and you’re starting to get into the realm of more traditional corporate networking gear.

I’m concerned about integrating 10GigE with what will undoubtedly be a legacy GigE network. One way to go would be to hard-wire just the 10GigE gear, and put everything else on WiFi.

This may include your actual internet router, because that will undoubtedly not be running at 10GigE speeds. You may well need to bring the internet in through one LAN, and move huge video files on another.

My other concern is throughput. Hard drives are just not that fast. Sure, that’s what striping in a RAID array is for, but can all the endpoint hardware you have actually keep up with what the network can transmit? Is it time to look at equipping that NAS with SSDs, for example? You’ll need to test and experiment to see how things perform with your mix of hardware and software.

Clearly, at least today, 10GigE is a technology that certain people will need, and most people won’t. As long as our trend towards higher and higher video fidelity continues, everyone will need more and more bandwidth. But will consumers ever gravitate to a hard-wired 10GigE world? More likely, Wi-Fi (or an equivalent fast wireless technology) will be the go-to solution for most users. 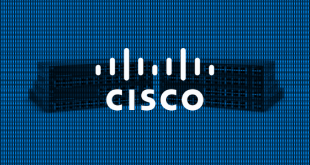 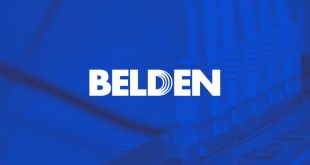 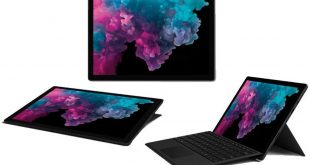 In 2006, I started writing about mobile tech on the Mobile Gadgeteer section of ZDNet. ...